Aboriginal and Torres Strait Islander people — please be aware this website may contain names, images and voices of deceased persons.

In Australia (to date) there are domestic violence (DV) death review processes embedded within Coronial jurisdictions and subsequent legislation in Queensland, New South Wales, Victoria, South Australia and the Northern Territory. In all jurisdictions, except New South Wales, open Coronial cases involving domestic violence deaths are in scope of the reviews. In Western Australia these reviews are conducted through the Office of the Ombudsman. Tasmania and the Australian Capital Territory are currently developing strategies to have formal DV death review processes in place.

The Office for Women and the SA Coroner's Court has established a partnership to research and investigate domestic-violence-related deaths. The position of Senior Research Officer (Domestic Violence) has been in place since January 2011.

This position is based within the South Australian Coroner's Office and works as part of the Coronial investigation team to:

The scope of the review includes single fatality homicide, single fatality suicides and multiple fatality (e.g. homicide–suicide) incidents where there is a context of domestic or family violence. An investigation framework underpins the process of information gathering and decision making in the progression of coronial investigations.

The Coronial Domestic Violence Information System (CDVIS) has been operational since May 2015. The CDVIS incorporates over 120 different perpetrator and victim-specific variables and provides the capacity to record data and track trends. The unique nature of the data housed in the CDVIS will support evidence-based decision making in policies and programs to reduce violence against women and their children.

The Australian Domestic and Family Violence Death Review Network was established in 2011 as an initiative of state and territory death review processes, and is endorsed by all state and territory Coroners and the Western Australian Ombudsman. The Network’s goals include producing national data concerning domestic and family violence related homicides in accordance with the National Plan to Reduce Violence Against Women and their Children 2009-2021. With this work the Network seeks to contribute to the formation of evidence-based policy and decision making in relation to domestic and family violence, enhancing opportunities for prevention and intervention and contributing to the enhanced safety of women and their children across Australia. 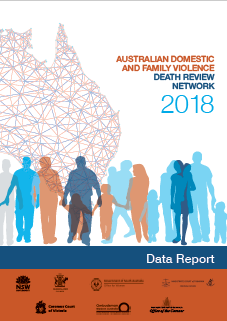 More information on the Coroner's Court

State Government of South Australia © Copyright DHS . Back to top

Provided by:
Department for Communities and Social Inclusion
URL:
https://officeforwomen.sa.gov.au/womens-policy/womens-safety/coroners-research-position
Last Updated:
16 May 2017
Printed on:
28 Nov 2020